It is my pleasure to announce the prize winners from the 8th Annual SOLSC.  All winners were chosen using a random number generator.  Winners will be contacted via email within the next week.  Congratulations!

Stenhouse is donating five professional books from their catalog to five separate winners.  Each winner will receive a book of their own choosing.  The winners are rissable, Kim K, spiffygryphy, Darlene Andre, and aileenhower.

Kids Can Press is donating a prize pack for one winner containing four books: The Most Magnificent Thing by Ashley Spires, Hana Hashimoto, Sixth Violin by Chieri Uegaki, If: A Mind-Bending New Way of Looking at Big Ideas and Numbers by David J. Smith, and The Bus Ride by Marianne Dubuc.  The winner is Amanda Regan.

Candlewick Press is donating a set of books from the Stink Series by Megan McDonald, coinciding with its 10th anniversary.  The winner is eloularson.

Princeton Architectural Press is donating a copy of Worn Stories, edited by Emily Spivack, to one winner.  The winner is Michelle Haseltine.

Heinemann is donating one copy of Learning from Classmates: Using Students’ Writing as Mentor Texts by Lisa Eickholdt.  The book is being released this April.  The winner is Donna Smith.

Responsive Classroom is donating three prizes for three separate winners: a copy of The Power of Our Words by Paula Denton, EdD, a copy of The Language of Learning by Margaret Berry Wilson, and a copy of the new edition of The First Six Weeks.  The winners are Ramona, Terrie’s Tantalizing Tidbits, and ptsuthers.

MacMillan is donating a set of 2015 Fierce Reads titles for one winner: The Winner’s Curse by Marie Rutkoski, Sekret by Lindsay Smith, Broken Hearts, Fences and Other Things to Mend by Katie Finn, Nil by Lynn Matson, and Shutter by Courtney Alameda.  The winner is arjeha. 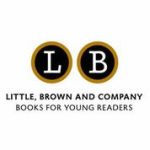 Little, Brown Books for Young Readers is donating five books for five winners: Courage for Beginners by Karen Harrington, The Map to Everywhere by Carrie Ryan and John Parke Davis, Just Call My Name by Holly Goldberg Sloan, Diamond Boy by Michael Williams, and We Should Hang Out Sometime by Josh Sunquist.  The winners, respectively, are Marcie, mvervinck, mandyrobek, kimberley, and Katy Collins.

Charlesbridge Publishing is donating a collection of picture books from their 2015 Spring collection, 15 books in total.  The winner is tzawacki15.

The one and only author Jacqueline Woodson is donating three autographed copies of her book, Brown Girl Dreaming, to three winners.  The winners are Joanne Toft, debbussewitz, and amelia1973.

Harper Collins is donating a copy of nonfiction book, Galapagos George by Jean Craighead George.  The winner is showgem. 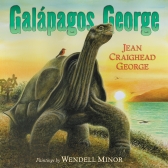 Houghton Mifflin Harcourt is donating five copies of The Little Blue Truck and some other swag to five separate winners.  The winners are jodimahoney, newtreemom, Kathleen, Jen (wahooteacher), and erinjohnson7.

Clare and Tammy, authors of Assessment in Perspective, are donating two Writer’s Survival Kits for two winners.  Each kit contains one Slice of Life journal, a copy of One Word That Will Change Your Life by Jon Gordon and Dan Britton, some dark chocolate caramels, and a candle.  The winners are smcninch and emmietxwhynotwrite.

Author Amy Ludwig VanDerwater is donating an autographed copy of her book, Forest Has a Song.  The winner is kmurphy1027.

In addition to all these fabulous prizes, we also received several donations from our own Slice of Life writers:

Author Alan Wright is donating two copies of his book, Searching for Hen’s Teeth: Poetry from the Search Zone.  The winner is rosecappelli.

Aileen Hower is donating a copy of Eleanor & Park by Rainbow Rowell.  The winner is Sonja Schulz.

Margaret Simon is donating a copy of her books, Blessen and Illuminate to one winner.  The winner is mrssurridge.

Jamie Ayres is donating the trilogy of her YA novels: 18 Truths, 18 Things, and 18 Thoughts.  The winner is readingtothecore.

Sally Donnelly is donating a copy of Any Questions? by Marie-Louise Gay.  The winner is Adrienne.

Linda Baie is donating a copy of RIP The Page: Adventures of Creative Writing by Karen Benke.  The winner is maryannreilly.

Charles Ghigna is donating a copy of his book, I See Spring.  The winner is dashthebook.

Lisa Corbett is donating a new picture book.  The winner is Kim.

As if those prizes weren’t enough, we also have two mid-month challenges planned along the way.  The prizes for the winners of those challenges are amazing – you won’t want to miss it!  The mid-month challenge prizes were donated by Peachtree Publishers, Stenhouse and the Highlights Foundation.  The winners (previously announced) were spillarke, agurney2015, ccahill2013, and elsie.

Thank you, once again, to our wonderful sponsors.  Your support is greatly appreciated by all of our readers.

21 thoughts on “Announcing the Prize Winners!” Leave a comment ›

If you’d like to start the school year with a poem or two, this post may give you a few ideas that have worked for author Connie Wanek.
Many of today’s students crave choice, freedom, and the excitement of exploring something new. This year, as you prepare to roll out your writing units, you may also want to reconsider the level of constraints within each unit. How and when might you invite students to choose the product that best fits their personal preference and intended audience?
ICYMI: Today's post is a roundup of all the posts in our August blog series as well as the announcement of our giveaway winner!
Let’s think about pens vs. pencils in writing workshop.